Placement agent Briarcliffe Credit Partners has made four hires as its grows its footprint in the $976 billion private credit market.

Jennie Park, who most recently led business development and investor relations in North America for Vantage Infrastructure, has been tapped as a managing director in fundraising, according to a statement from Briarcliffe. The firm has also hired Robert Molina, previously at Langschiff Capital Partners, as a managing director in project management. Dax O’Gorman will join as an associate in project management and Laura Morales has been added as head of infrastructure, per the statement. 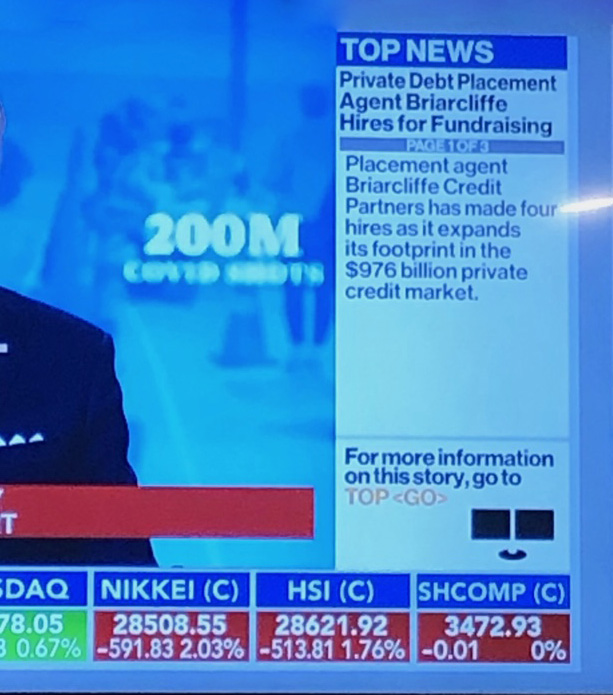 In a statement announcing the hires, CEO Jess Larsen said the firm is “optimistic on the bullish outlook for private credit.” Despite a slump in fundraising to start the year, firms were looking to raise a record $301.4 billion for 586 vehicles focused on private credit -- that’s up from $290 billion for 547 funds at the start of the year, according to London-based research firm Preqin Ltd. Credit managers are increasingly fighting for allocations and will need to highlight long-term performance in their fundraising efforts, the research firm said last week.

Larsen, previously head of Americas at First Avenue Partners, launched New York-based Briarcliffe earlier this year to capitalize on the expansion of the asset class. The firm focuses on providing fundraising services to asset managers looking to raise cash for strategies outside of direct lending with fund sizes of as much as $1.5 billion, and possibly more.